In 2013 or 2014 the man who ran Cairndow’s Post Office retired and moved.  The Post Office announced they were going to discontinue it as there had been too little trade. (It is true that the gentleman running it held little stock and it was open very few hours).

It was clear from the Community Action plan that the continued existence of a Post Office was important to the community.

So Here We Are suggested itself as an appropriate venue.  We were soon aware that the remuneration would be poor but we viewed it as a community service we were keen to provide.

It was a long and difficult discussion with the Post Office before we were finally able to open towards the end of 2015.

Local Post offices and banks began to close – by 2018 neither existed in Inveraray. The result was that we were receiving a lot of cash, requiring considerable time to count and the onus of responsibility. This meant that our staff were restricted in time to be spent on Here We Are work. We received very little remuneration from the Post Office but we were still keen to provide a service to local businesses, who would otherwise have to drive to Dunoon or Lochgilphead.

With the onset of Covid restrictions in March 2020 cash, and local business activity, drew to a close.

At the moment in 2021 our Post Office is only open two mornings a week, Tuesday and Wednesday 10am – 1pm. 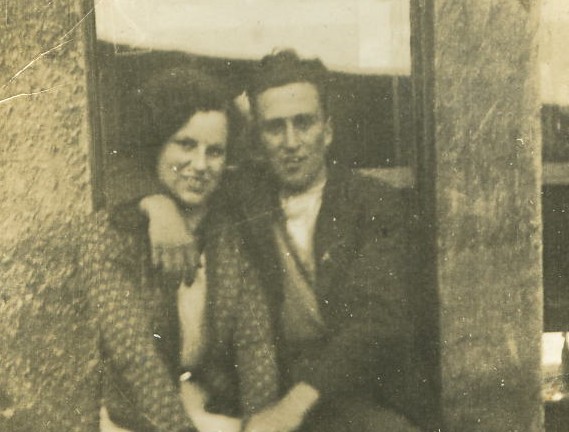 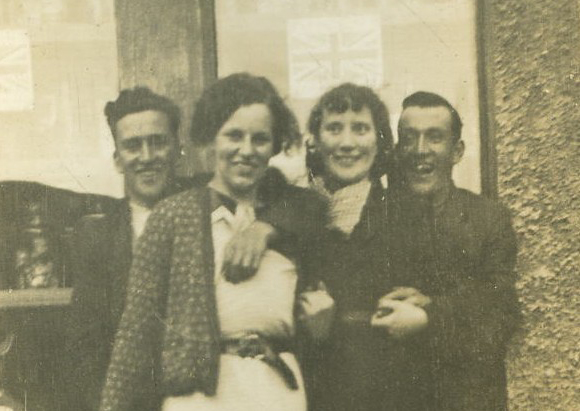 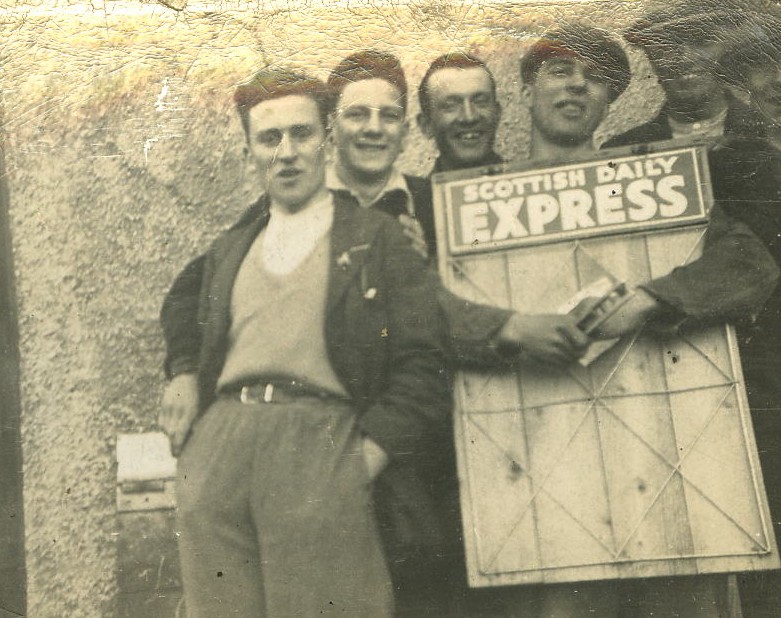 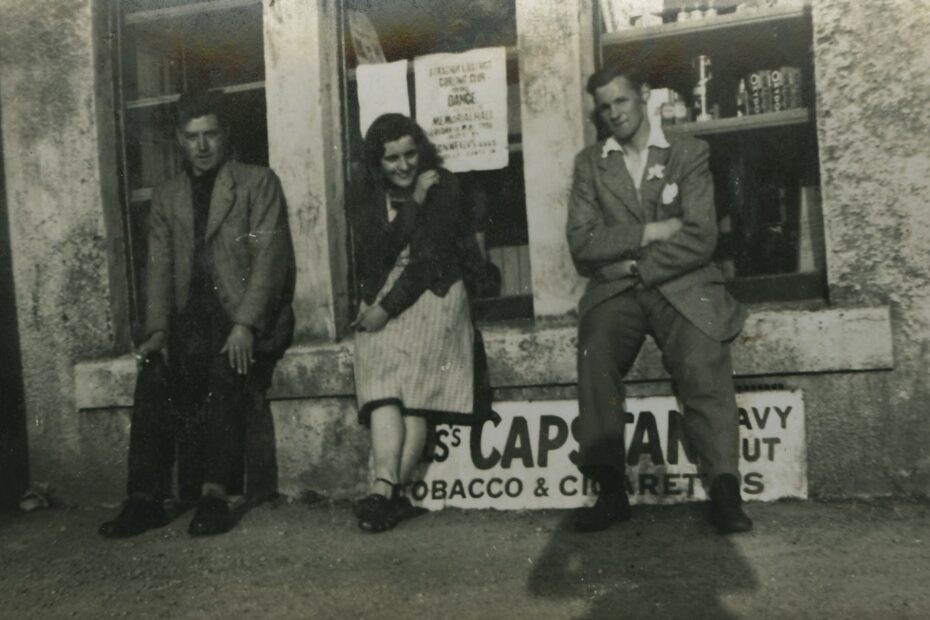 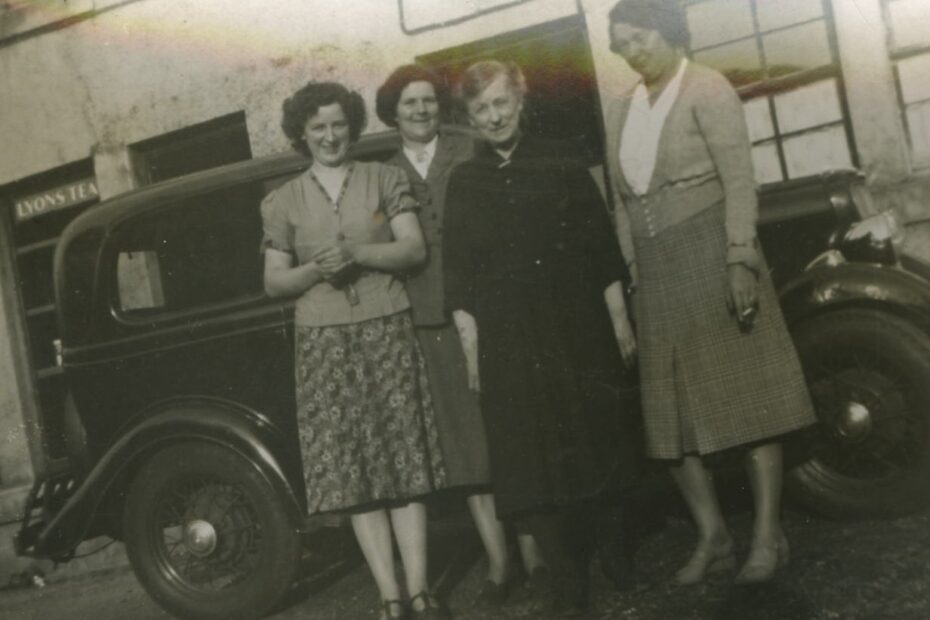 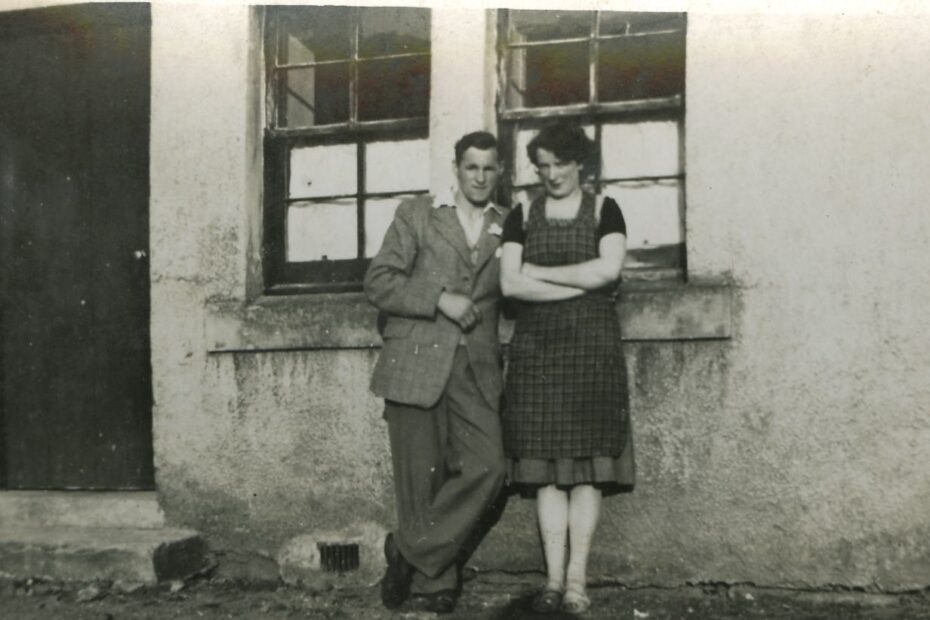 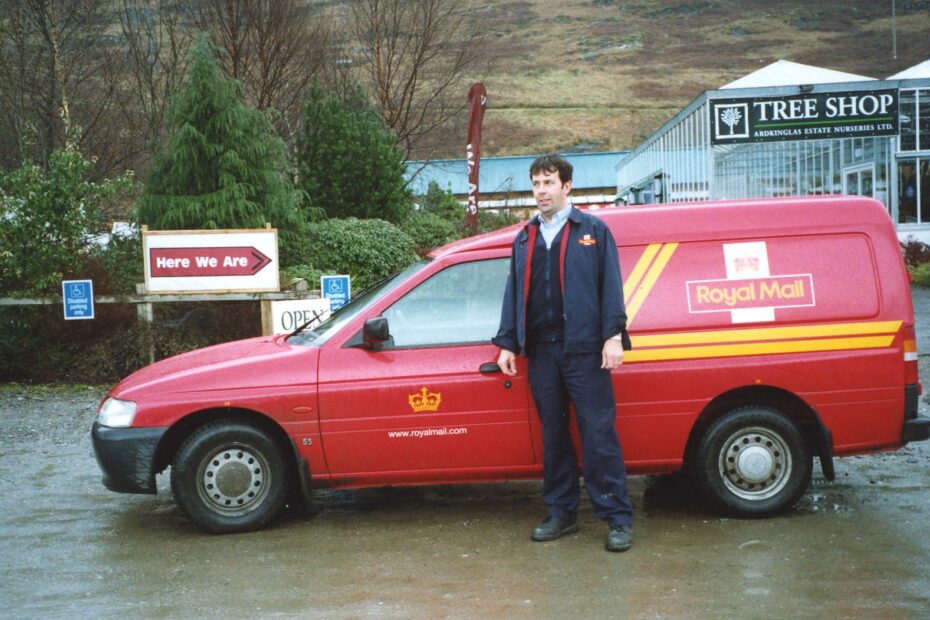 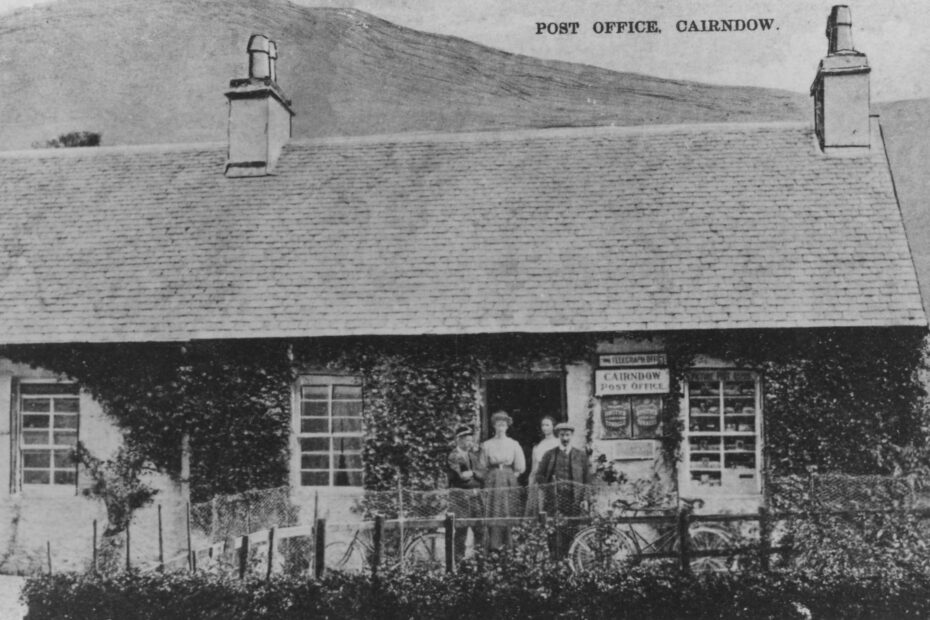 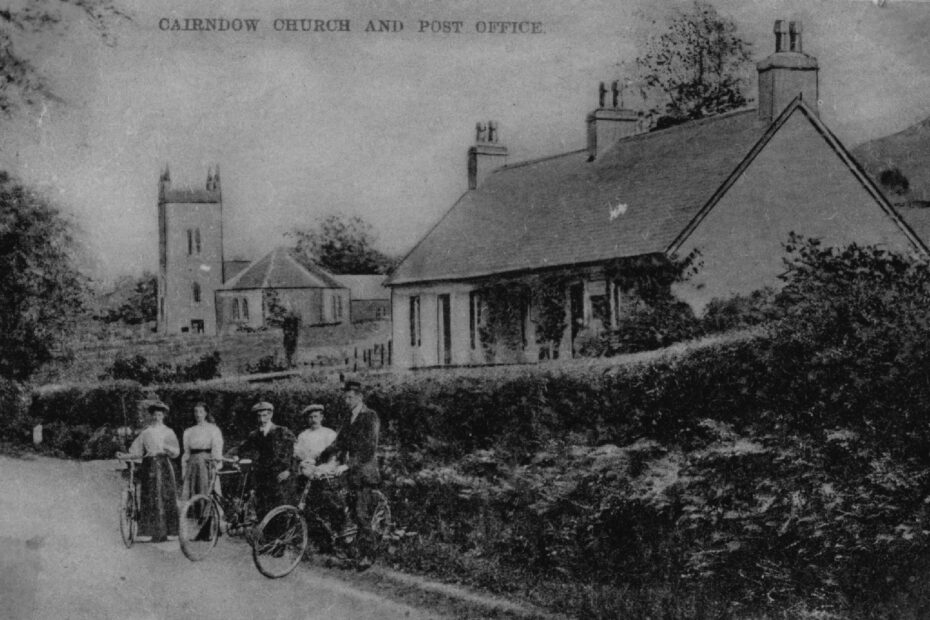 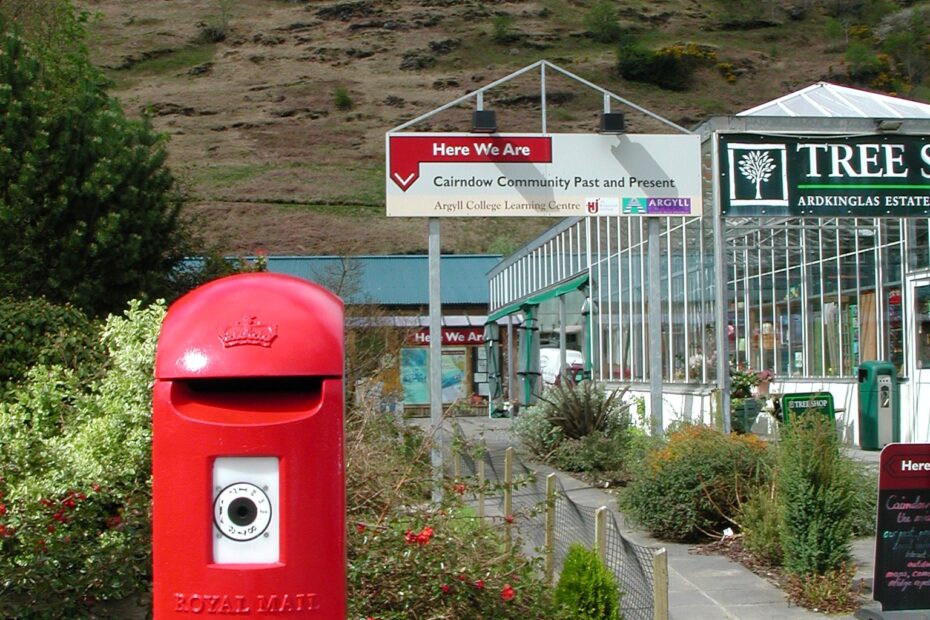 Postbox, Here We Are Physical Description: Colour Photograph Subject: Here We Are, Postbox