The Rest and be Thankful is part of the Military Road from Dumbarton to Inveraray.

Construction of the road was proposed in 1743.  A line was surveyed and marked out the following Spring by military engineers, Duguld Campbell and Brereton, along with the assistance of Archibald Campbell of Stonefield, who was sheriff- depute and Chamberlain of Argyll.

The Argyll section of the road, 34kms in length, was executed mainly between 1747 and 1749.  Up to 450 soldiers being employed, as well as contractors and workmen for tasks such as bridge building.  The road was completed under the direction of Major William Caulfield.

Expensive annual maintenance was carried out during the second half of the 18th century, but no major alterations were made.

In 1808, it was argued that the original line, took little account of the needs of carriages.  A survey for an alternative route was submitted but the Commissioners for Highland Roads and Bridges, considered that a mere improvement to the existing public road lay beyond their powers, and the project was not revived till 1814, when they assumed responsibility for all Military Roads.  Thereafter, the road was carefully maintained, with some re-alignment of the ascent to Rest and be Thankful.

The original route remained little changed until the 1930s, when there was extensive alterations especially in Glen Croe and Glen Kinglas.  The old road runs along the bottom of the glen, it has an impressive ascent with hair pin bends to the summit of Glen Croe at the Rest and be Thankful.  For many years it was used for motor hill trials.

The modern road by passes 400m of the old line of the road at Larachpark and 1km further W.N.W is the “Wee Rest”.  This is probably the area described by Caulfield in his report of 1748, “that Ensign McCorkel, with 50 men were in Glen Croe, blowing away a rocky point of a mountain which projects in a rapid river, and saving the expensive of two bridges.

In the 30s however the A83 was diverted to the south of the river, leaving a 50m loop which climbs above the rocky gorge.  Vehicle had been able to use this part of the old road until a few years ago, but now large boulders have been placed at the end of the road to prevent vehicles getting through.

The bridge over the rocky gorge, has been named the Honeymoon Bridge, as sadly in the early 50s a car, with a honeymoon couple in it, crashed into the river Croe at that point.  Both of the occupants were killed.

The new Rest, approximately 3kms, begins its steady rise along the N.E slope of Glen Croe.  Nearly at the summit, there is a short cutting through the rock, then the road curves south into an acute hair pin bend.  A further 200m and the summit of the Rest and be Thankful is reached.

At the summit of the old Rest, a round headed granite headstone has been erected with the inscription:

Rest and be Thankful

Transferred to Commissioners for Highland Roads and Bridges

An earlier stone with the date 1748, was described by Pococke in 1760 as set into a semi-circular seat made of turf. 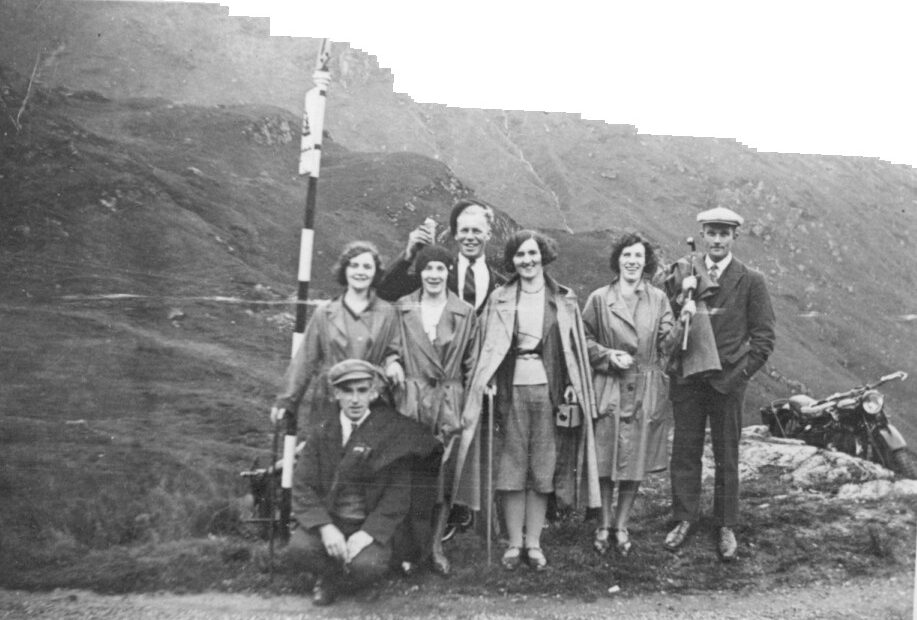 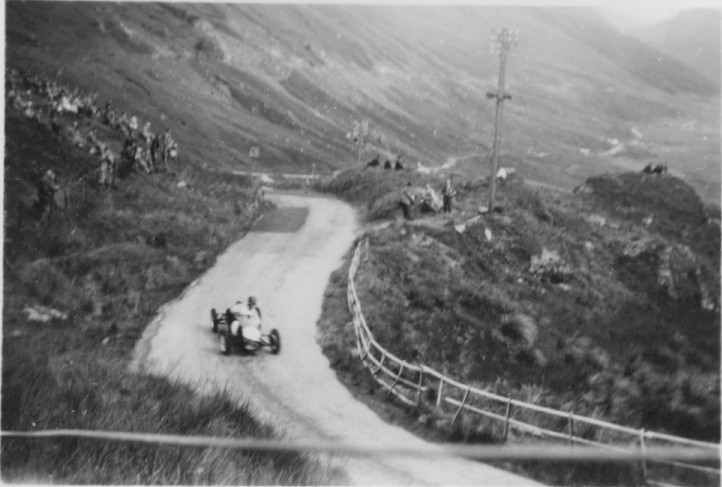 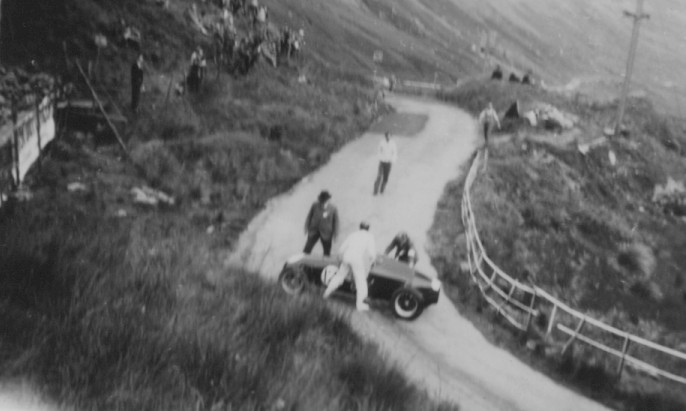 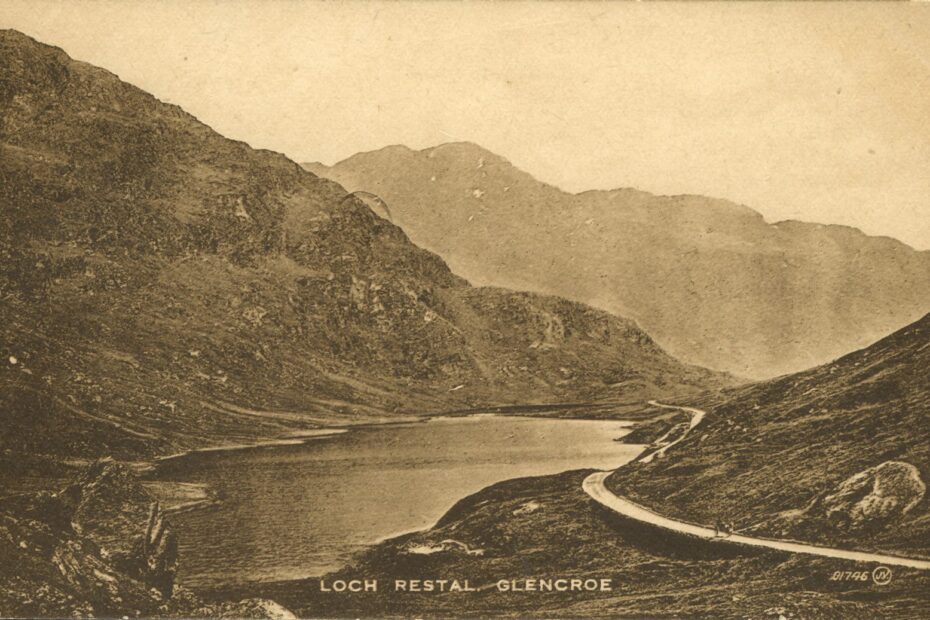 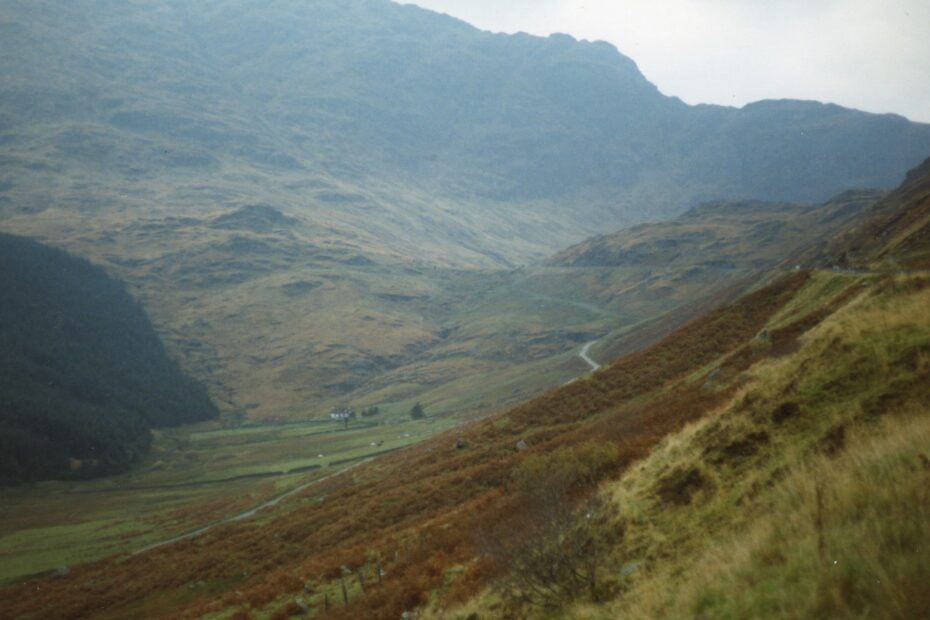 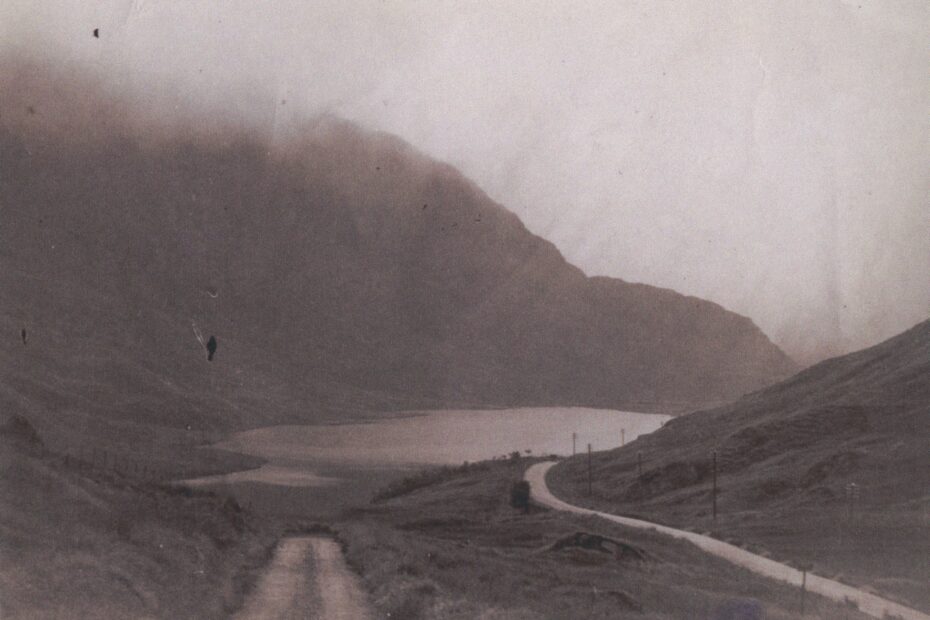 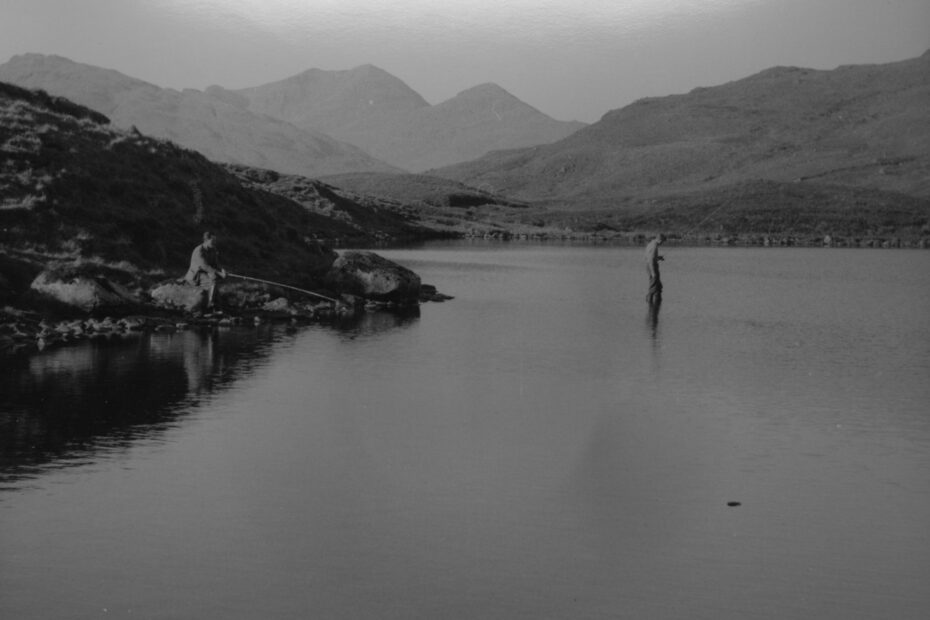 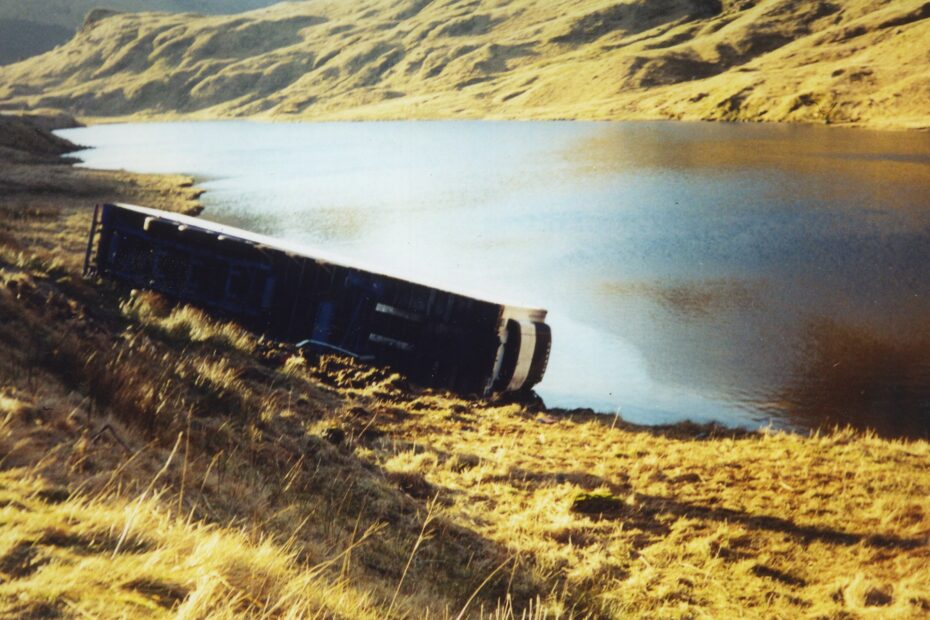 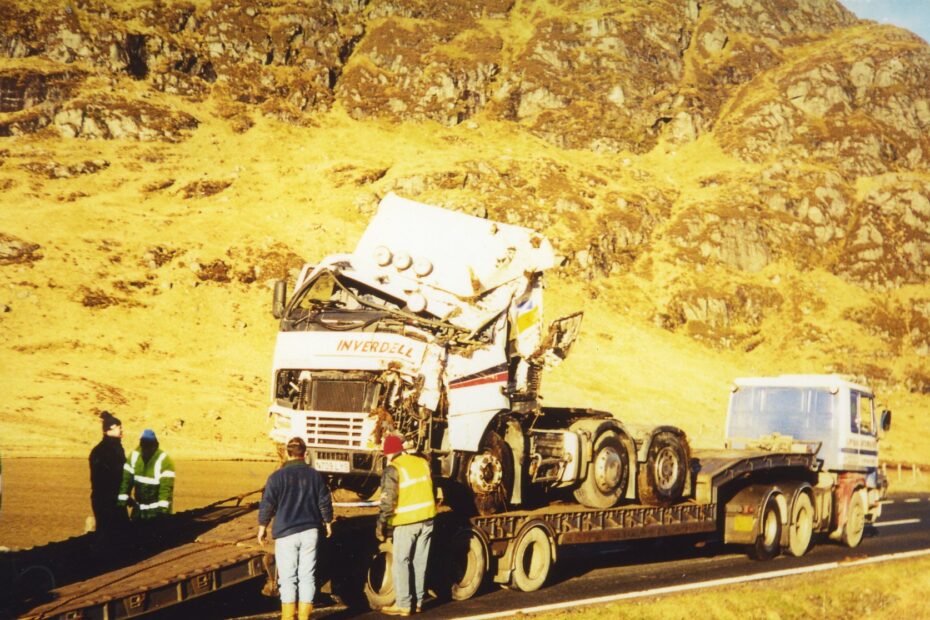 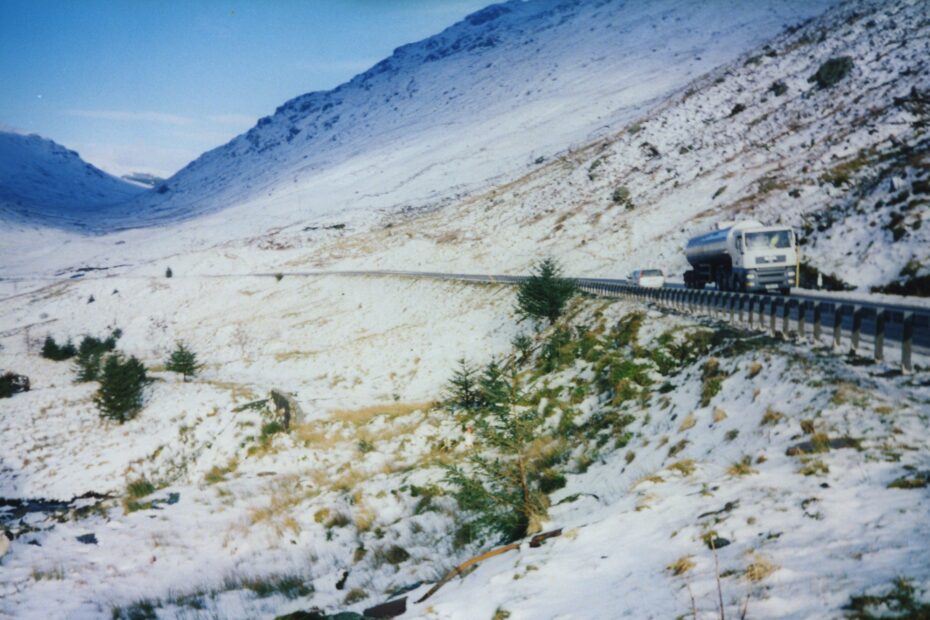 The Rest And Be Thankful Physical Description: Colour Photograph Subject: Rest and Be Thankful, The Black Spout, Lorry, Snow