The perimeter rubble wall is 19th century and encloses a D-shaped area about 42m by 50m.  A slight terraced area at the centre may be the site of a medieval parish church dedicated to St. Muireadhach, an Irish saint.

The church here is first recorded in two charters of about 1246-7 by which Gilchrist, son of Malcolm MacNaughton granted the church of St. Mordac of Kellemurthe (or Kelmurkhe) to the Augustinian abbey of Inchaffray.  (Inchaffray was an abbey in Perthshire founded in 1200)

The patronage and teinds were held by Inchaffray abbey until the Reformation and thereafter by its lay commendators, who in the 17th century leased the teinds to the MacNaughtons of Dundarave.

A 19th century burial enclosure attached to the NW wall incorporates several worn blocks of buff sandstone including one with an 80mm chamfer and a rebate, which are probably from the medieval building.

An ancient font, probably 15th or 16th century, was removed from this burial ground to Inveraray in the second half of the 19th century.  It was rediscovered on a terrace at Inveraray Castle and returned to the church at Cairndow in 1990.  It is oval with incised galley on the central panel and probably dates from the late 15th or early 16th century.

Three medieval grave slabs have previously been recorded here but two are now lost.  Other gravestones are from the 1700s and 1800s and mainly commemorate the families of MacCallum and Campbell.

Johnny Noble, founder of Loch Fyne Oysters and owner of Ardkinglas Estate, died in February 2002 and is buried here at his request rather than in the family graveyard at Cairndow.

This information was compiled with the help of a number of local people; Rae McGregor and Sue Martin, Inveraray, helped with the history and inscriptions. 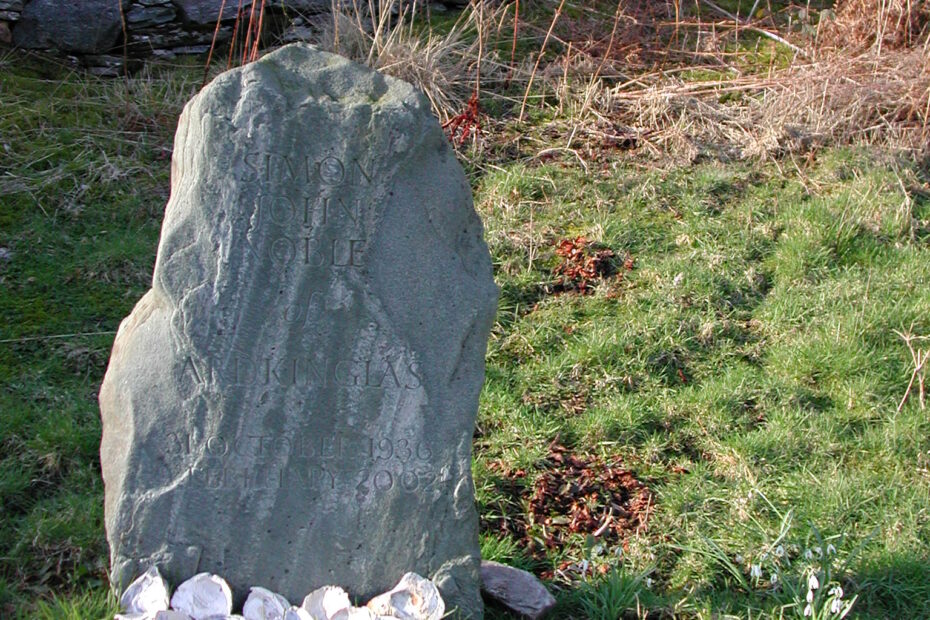 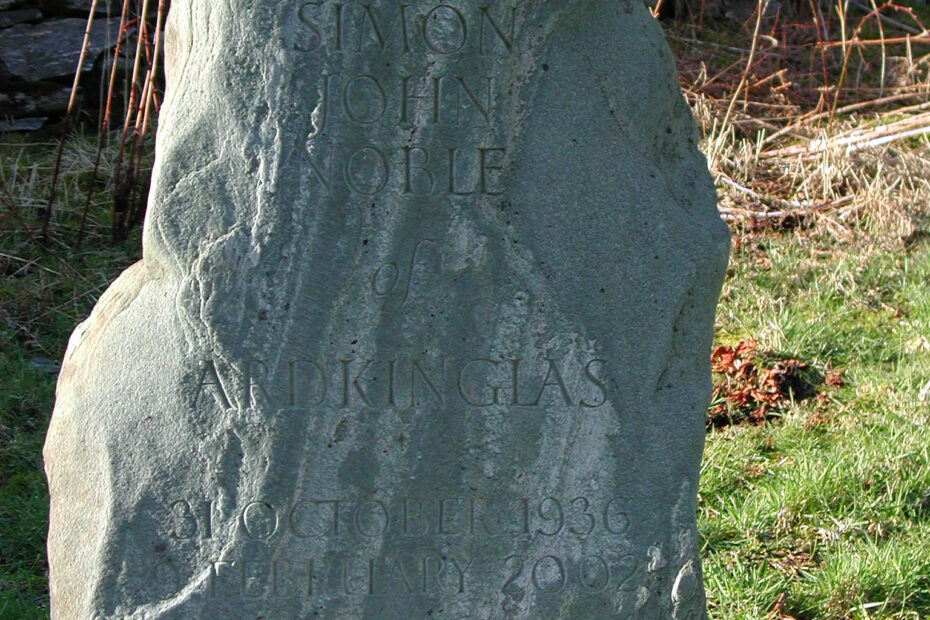 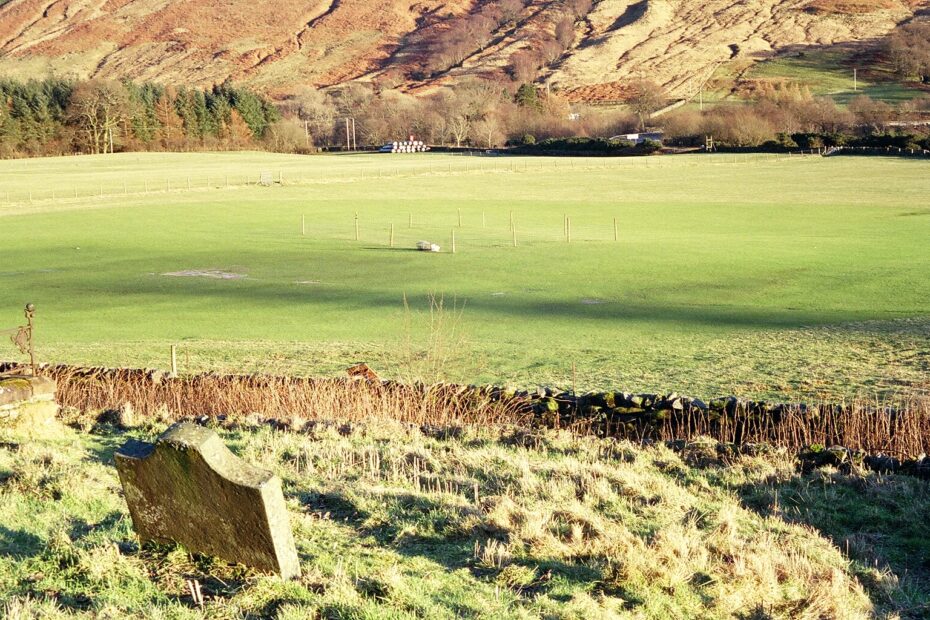 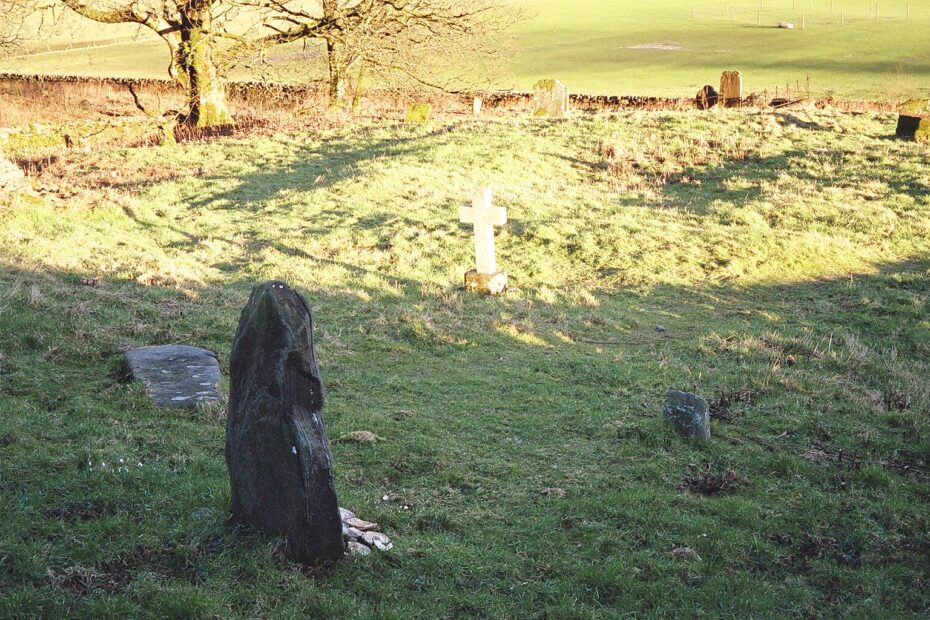 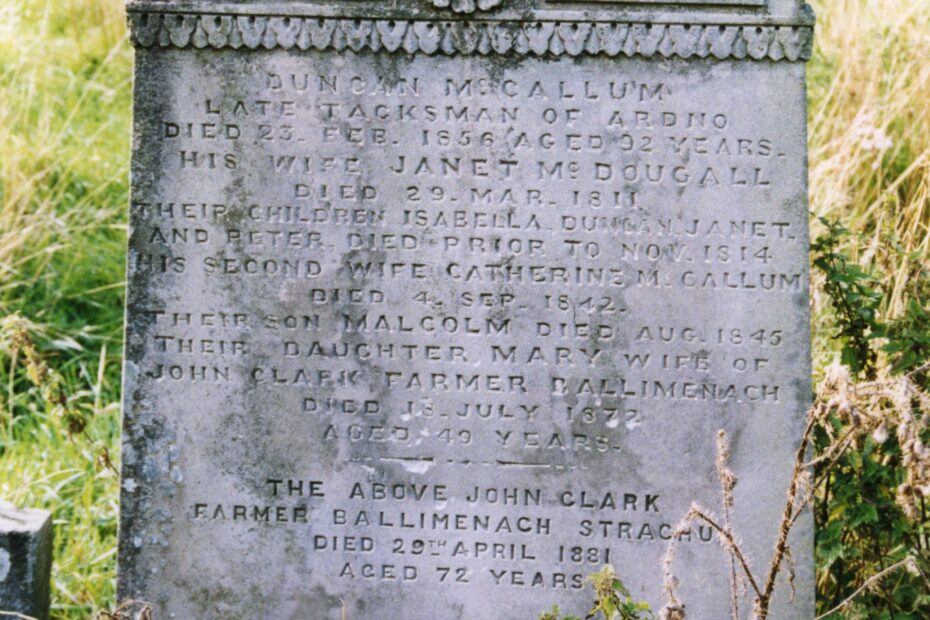 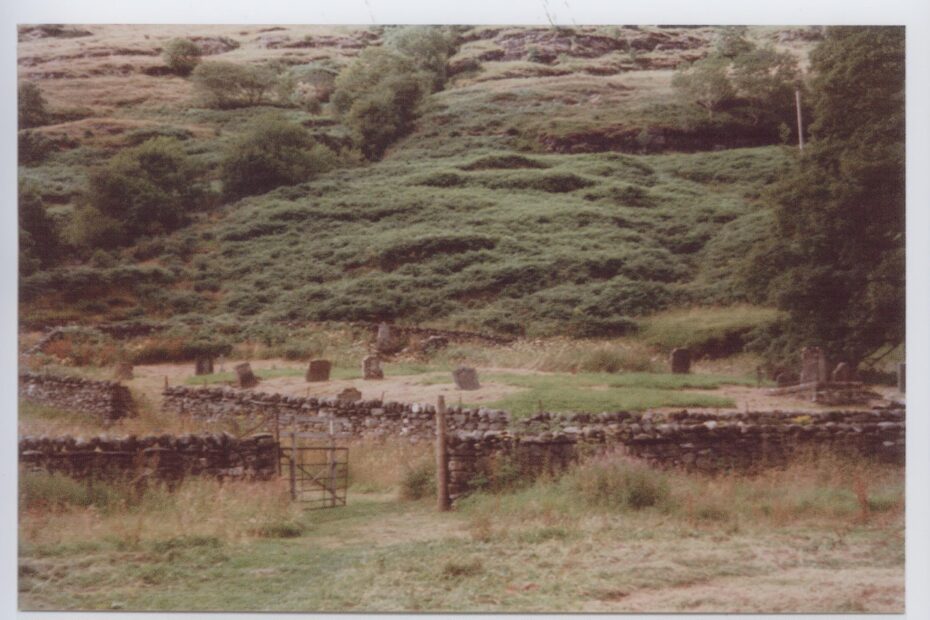