Here We Are was registered as a charity in 1998 and as a limited company in the same year.

It has a membership from the local community and from a wider area.

It is the umbrella organisation for: –

Our Power Ltd. which is a community Interest Company, registered in 2007 is a supplier of biomass – wood chips.

Our Hydro Ltd. which is a 25% partner in The Merk Hydro LLP and holds the lease for it

The staff, the committee and the directors contribute to the running of the above companies and meet four times a year to do so.

John MacDonald is chair of Here We Are, a director of Our Power and of the Merk Hydro. He chairs out meetings with assurance and humour. He is now semi-retired from Cairndow Builders, the company he ran for many years.  However, he does innumerable jobs for Here We Are, like turning the disabled toilet into the archive room. And he volunteers at Our Power with chipping and delivering. And overall, his diplomacy and good cheer keep us ticking over.

Deirdre Forsyth a retired lawyer, is our secretary.  She gives legal advice when needed, stands in as our HR advisor and keeps our committee meetings and AGMs on the straight and narrow. She always brings good spirits to the meetings

Christina Noble born and raised in Cairndow, was the initiator of the concept of Here We Are.  For many years she spent a great deal of time writing funding applications to ensure the existence of Here We Are. Many of these were unsuccessful though enough succeeded for us to be able to exist until we applied ourselves to Renewable energy, which these days underpins our existence.  She was very proud to receive an MBE from the Queen for community endeavours.

Lorna Watt For many years it was Lorna and Christina who together struggled with funding applications.  Now she master-minds the day-to-day books for Our Power and the Merk, as well as the cash flows and the budgets, and liaises with the accountants for all three companies. She is secretary of the Merk LLP.  She is the Manager of Our Power keeping an eye on timber stocks and delivery demands. It is due to Lorna’s commitment and confidence in the enterprise that Our Power has weathered many fraught years and grown to be the well-regarded business it is today.

Dot Chalmers a long time ago it was Dot who created our Adlib archive of photos and documents. From that she went on to project manage ‘Our Houses: Their Stories’.  This involved working closely with her mother Alice Beattie, in whose head was a storehouse of the needed information. It also involved liaison with the Heritage Lottery Fund.   From that experience she went on to master mind the data base of the Glen Fyne gazetteer.  And now is in charge of the major project – The Here We Are Story – funded by Heritage Lottery Fund.

Fiona Campbell joined us in April 2019. Since then she has worked alongside Dot.  How lucky we were. It was she, along with Dot, who secured the grant from the Heritage Lottery Fund for The Here We Are Story – the website, the digitalising and archiving of all our past and present work, so that the information is available on line, and is recorded for the future, making this an example to others.  Since then, she has worked alongside Dot.  She always comes up with good, new ideas, and is a first class researcher.

Helen MacRaild for many years Helen has been our reliable centre manager and in overall charge of Here We Are’s office administration, day to day book-keeping, the meeting room bookings and the little shop selling stationery, postcards, maps etc.  In addition to all those previous duties she is now in charge of the Post Office.  We managed to save the Cairndow PO, while many local POs have closed. So far we have determinedly continued to subsidise it as a local service for two mornings a week.

John Smart has run our chipping business from the beginning.  This involves ordering timber, chipping and delivering, and the company has thrived despite the hazards of unreliable machinery and snow and ice.  Unruffled he deals with issues over slivers among the chips (very rare these days) and last minute panic calls for deliveries. He worked all through lockdowns to ensure customers had their heat.

Alastair Fraser began with Our Power as a lorry driver in 2017. He immediately fitted into the Here We Are world.  Without him we wouldn’t be able to operate as we do, when in 2019 we were able to buy the larger lorry we needed a driver with a HGV licence and here was Alastair. He like John Smart continued all through lockdowns to deliver chips.

Dom Adams’s experience on the shores of Loch Fyne, working with oysters, lead to his knowledge of and interest in all the creatures that live in the loch.  We are so lucky to have him to look after our aquarium. His enthusiasm for it is infectious and appreciated by visitors young and old.

Colin Stevenson we were fortunate that when Colin Stevenson retired from the Paddle Wheel in Inveraray he was willing to come to Here We Are and to play host at weekends Comments in our visitors’ book like “lovely chat and very interesting” indicate that he enjoys explaining the centre to visitors.

Jim McMillan   Miraculously in 2012 we were able to scoop up Jim when the Royal Bank of Scotland was closing its local branches.  He now gives a morning (in fact much more) to The SJ Noble Trust and to Here We Are.  His experience in the banking world is endlessly useful as is his knowledge of and commitment to community matters. Now it’s hard to imagine how we managed without Jim

Alice Beattie It is no exaggeration to say that without Alice Beattie, Here We Are would not be here. Until the last couple of meetings she had never missed one, from the outset in 1998.  She has brought to Here We Are inspired ideas, imagination, her experience of Cairndow over the last 80 years and competence in any project she has taken on.  The folders on so many local subjects that are displayed around the centre are a tribute to this.  However, it is her (elegant) handwritten records of each of the 103 houses, from their earliest record in the census, also names of those who lived there and their occupation: that has formed the bedrock on which Here We Are has been able to build so many initiatives.

Alistair MacCallum Alistair too has been a regular committee attendant with consistent good cheer and wit.  He has been a Cairndow man from birth in Glen Fyne many years ago.  He has brought to Here We Are local expertise about the terrain and particularly about shepherding, having been a shepherd in Glen Fyne since he was fifteen. He has kept a daily rainfall record which turned out to be vital to the existence of the Merk hydro scheme:  his figures of the pattern of the past proved that there would be plenty rain in the catchment area.

Celine McIntyre is a committee member and more! It is due to her initiative and tenacity that we now have the path that links the village to the Clachan site, via the head of the loch.  She dug out the feasibility study that had been done some 15 years ago and bit by bit persuaded SNH to fund it, and all the necessary agents to enable it to happen.  No easy task.

Taking up the Community Action Plan of 2015, she is setting about further development.

Roy Foster   Roy is the older brother in CR Foster Ltd, our partners in the Merk Hydro scheme. He and his brother Martin built and run their own successful hydro schemes at Achnamara.  More recently they bought large schemes in the North Highlands. They are highly regarded in the contemporary Hydro Electric world. Without Roy’s vision the Merk Hydro would not have been possible. Without his loyalty we would feel less secure.

He is a director of Our Power and his financial acumen and common sense is often called on.

Here We Are organisation chart 2021 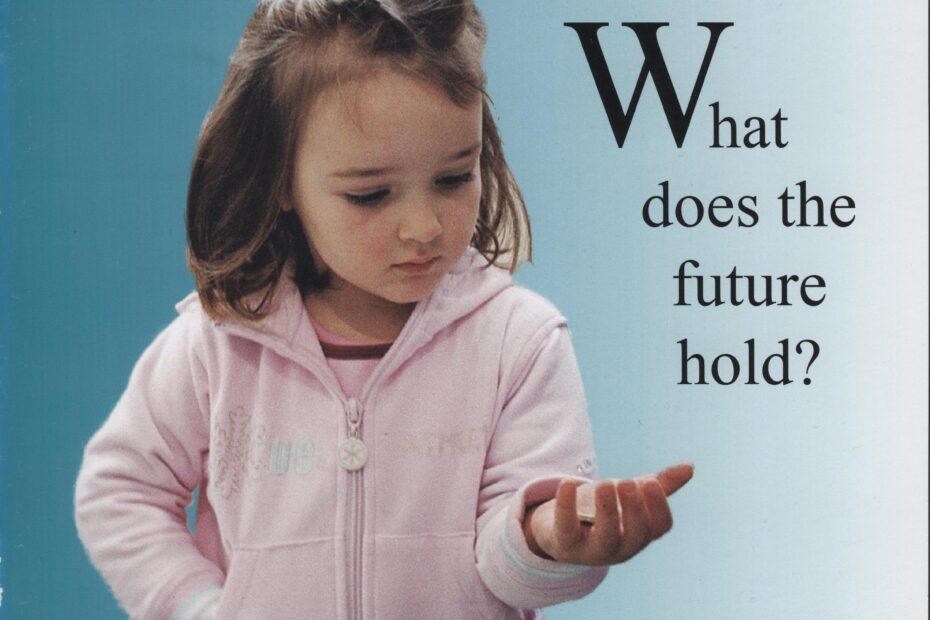 We produced a booklet – What does the future hold for Cairndow?