The first step: Woodchips – the second step was Merk Hydro

So the plan was to set up a wood chipping plant which would replace the oil fired system at Lakeland Smolts.  For the salmon smolts to grow well the water temperature from the river intake needed to be increaced during the winter months. The new wood chip boiler would be owned by Mawera the installer and they would buy our chips (measured in heat).

We submitted a grant application to the Scottish Biomass Support Scheme (SBSS).

With funding from the Development Trusts Association Scotland’s ‘Business Accelerator Scheme’, Steve Thomson (who had assisted the community on Tiree with its Wind Turbines) helped us put together a business plan based on a three-way project: the wood-chipping plant, the installation of a 850 kw Mawera boiler and a hopper for Lakeland Smolts (its demand for heat was so large that it alone made the figures viable – just).

Our application to SBSS was successful but its remit was to offer only 50% of funding and that limit was further reduced as it was not allowed to fund a tractor (cost £20k) which was second hand. We negotiated finance via grants of £5,000 and a loan of £75,000 on helpful terms arranged through the local Royal Bank of Scotland, Inveraray Branch.

Today it would be more difficult to access grant funding. And though it didn’t seem so at the time but once again, looking back from 2021, it seems incredible that we were able to move so fast.

We were the first community-owned wood-chipping plant in Scotland.

At this time, wood-chip biomass was a relatively new industry. We were fortunate to have the help of Bob MacIlwraith (ALIEnergy); indeed Argyll was lucky to have the benefit of his know-how and enthusiasm.

During the autumn of 2007 progress was made:

By the end of October we were ready to operate. And on November 2nd Jim Mather MSP and Scottish Minister for Energy stood bravely as the rain swept down Glen Fyne (the shed was yet to be constructed) and declared our chipping plant open.

However during the late autumn and winter 2007-8 we began to learn about hitches.

Though we were ready to chip chips, Lakeland was not ready to burn them. There were delays with the drawings for the boiler and the hopper. And then further delays due to poor communication with local civil engineers and contractors, for whom the work was unfamiliar.

Construction did not begin until February 2008.

But our business plan had assumed supplying Lakeland by December at the latest: so our first year of operation was to have included six months of sales of chips to Lakeland.

The impact of the delay on Our Power’s cash flow was more long lasting than we realised at the time.

This syndrome was to prove recurring (and expensive) to our initiatives. All too often the reason was that the experts – architects, engineers, and consultants – were insufficiently understanding of local tradesmen and unaware of local conditions, while the tradesmen were accustomed to local conditions and were strangers to new concepts. No one was listening well enough to each other.

We had always been aware that our original business plan was over-dependent on a sole customer (Lakeland), but without the demand from a sizeable customer the figures wouldn’t have added up.

At last the boiler at Lakeland was fired and commissioned at the end of March. It is a relatively big boiler (750kw) and within the first four weeks of operation we suppled   326mw/hr of heat (as chips)  However, Lakeland’s demand to heat water is from November or December into May; after that, when the river water warms up, heat from chips isn’t needed.  So for us in 2008 that first season was short.

At the time Christina wrote:

“Our Power is an example of what a rural community can do for itself.  We didn’t chose the title Our Power casually. We think locally generated power (like local food) is going to become more significant.

We are proud to be a community organisation demonstrating an ability to grasp opportunity and to work with financiers and with agencies like SBSS, RBS, ALIEnergy and Highlands and Islands Community Energy Company (HICEC).  Without which the project would not have happened. We hope this project will encourage our own community and also communities elsewhere to grasp opportunity and be more enterprising and self-reliant”

None of this would have happened without  the support and encouragement of strong shoulders like:- 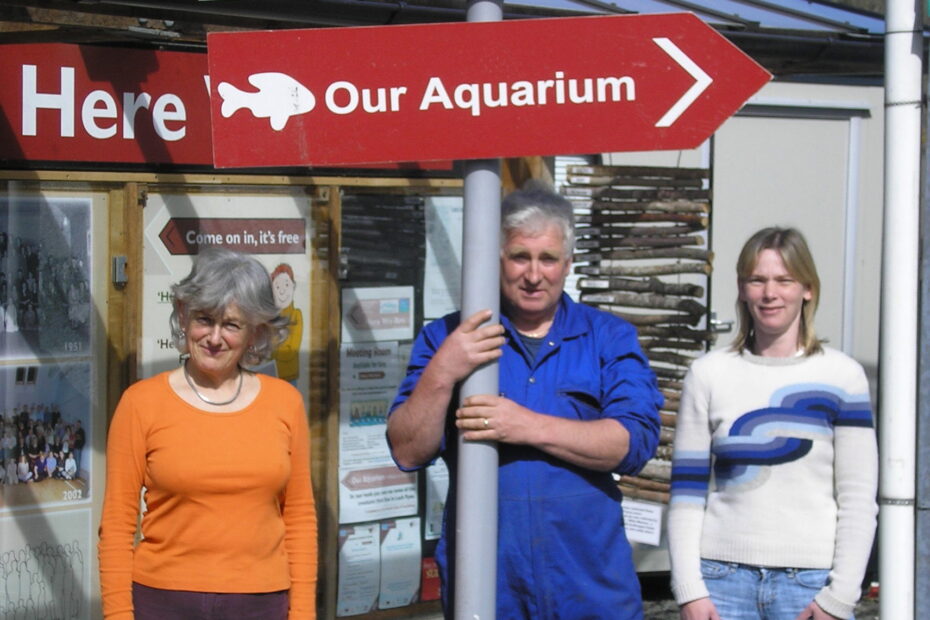 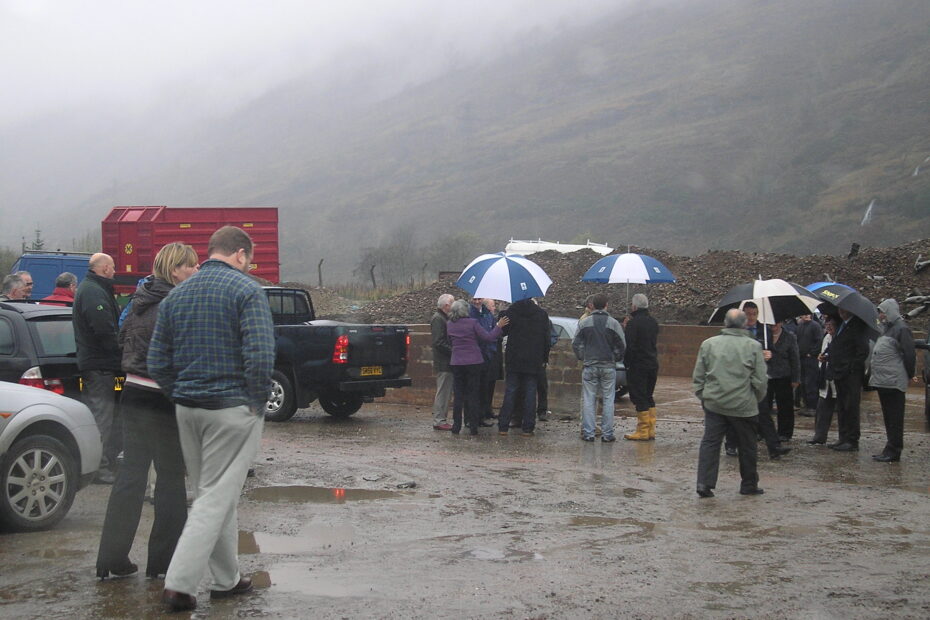 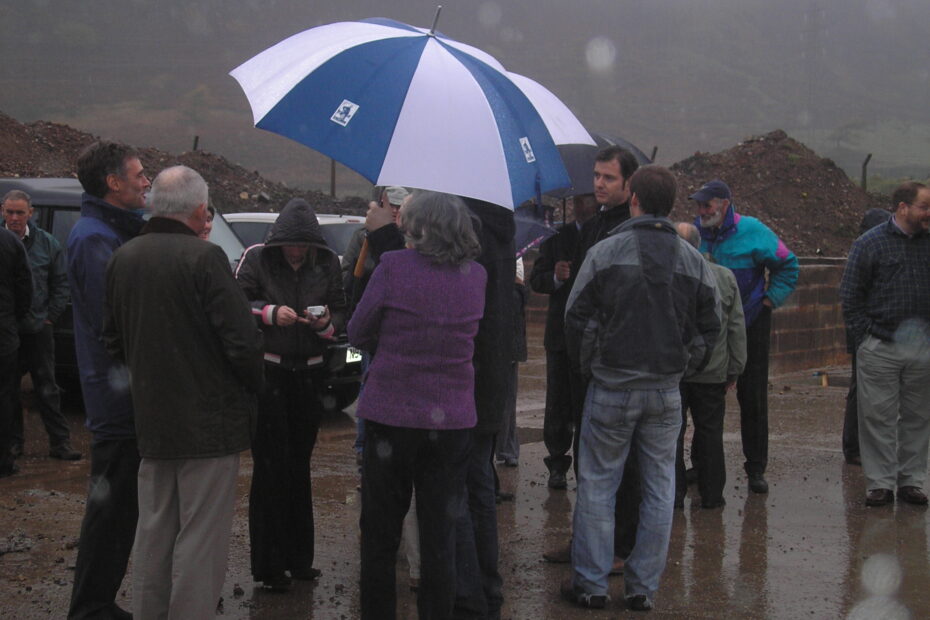 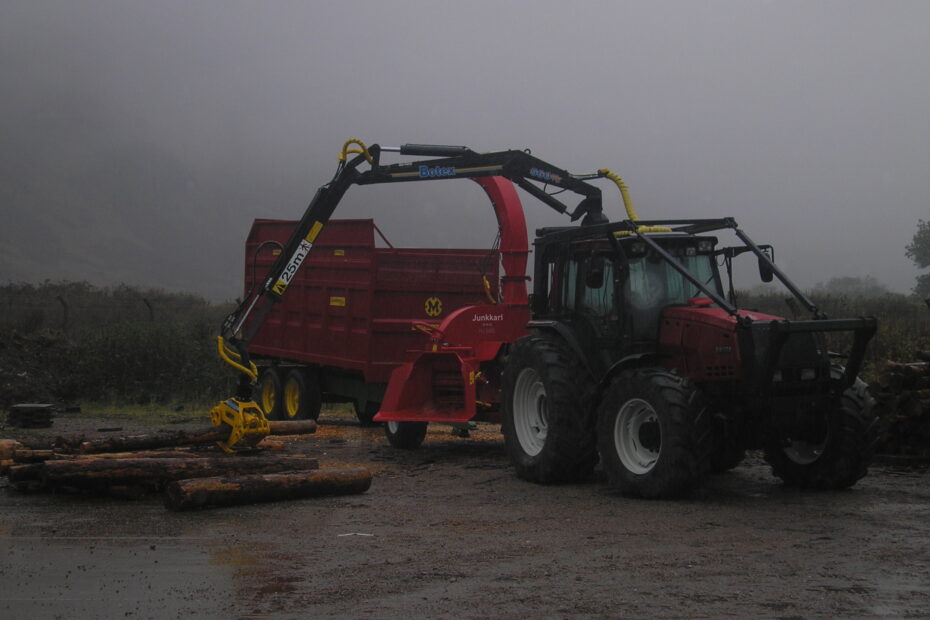 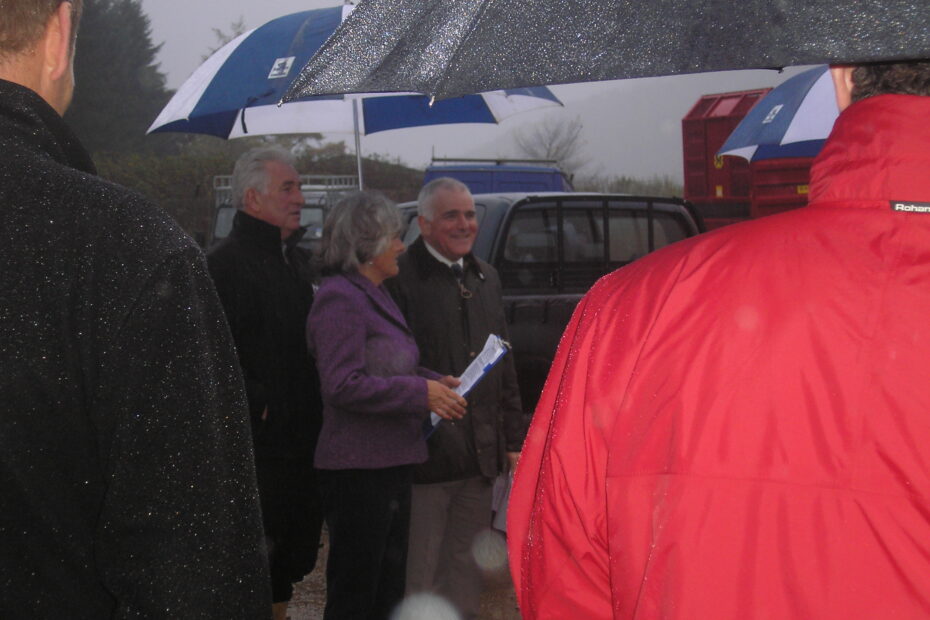 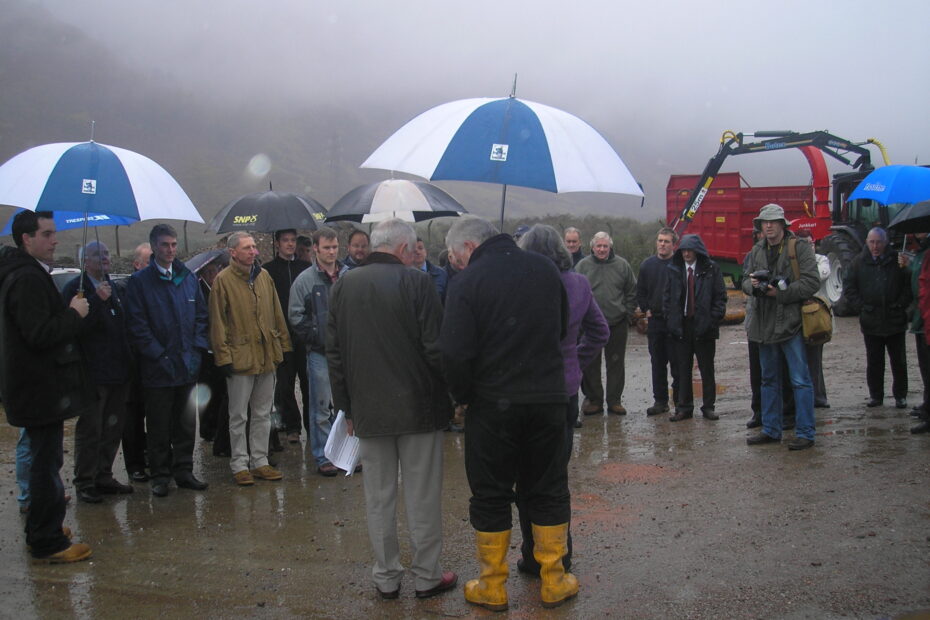 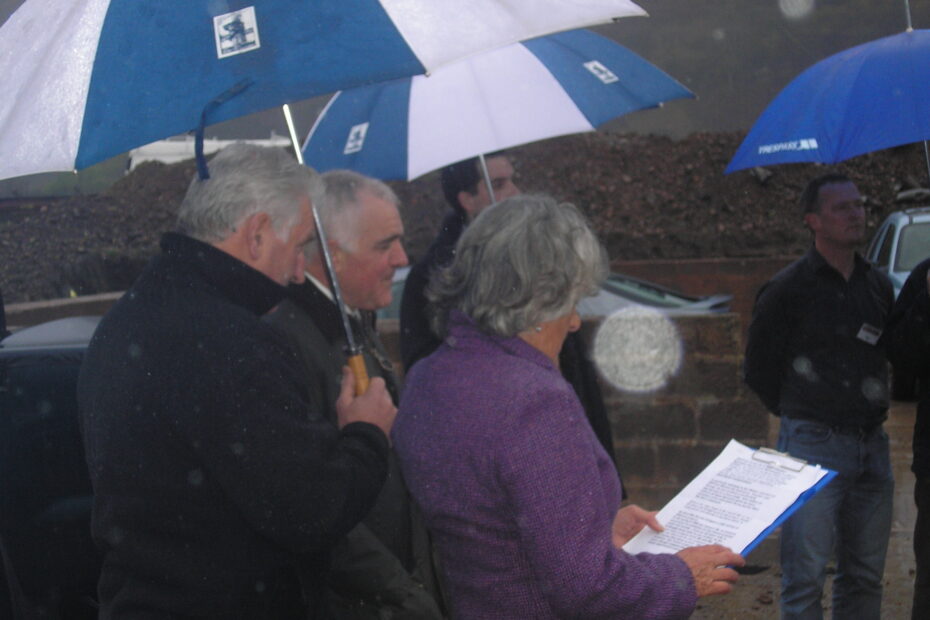 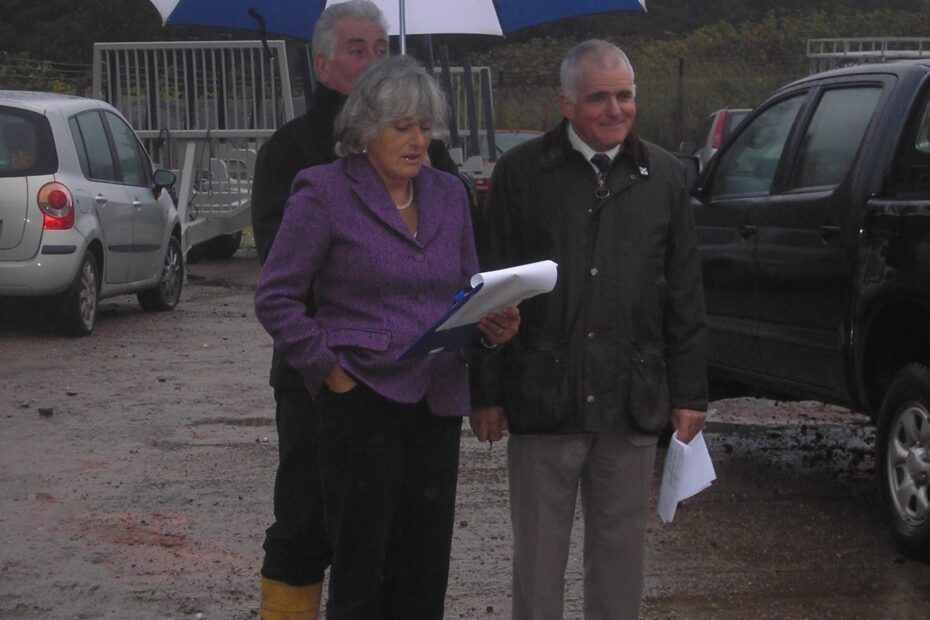 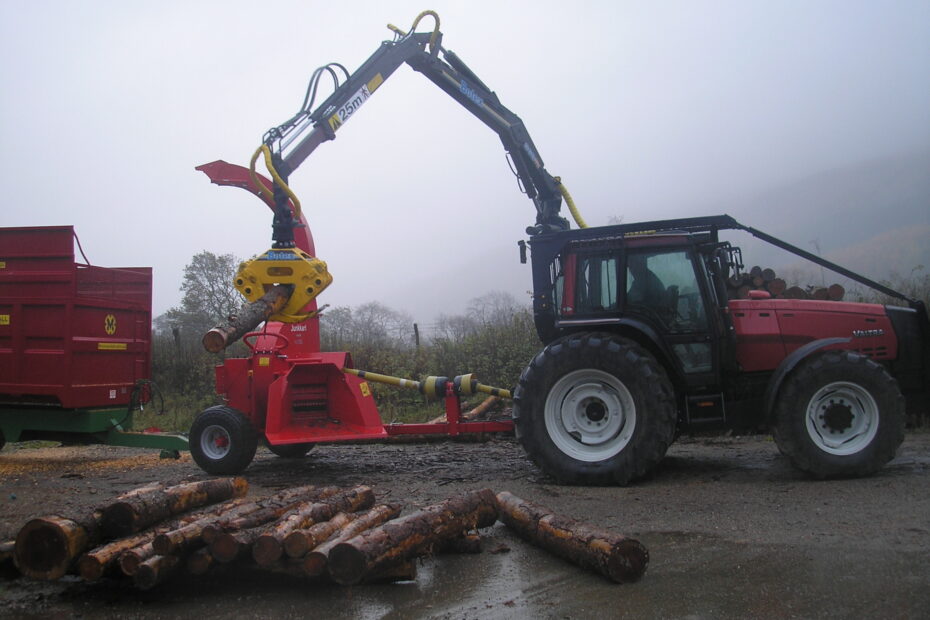