Sir Andrew Noble bought the 45,000 acre Ardkinglas Estate, for £62,000 in 1905, as a sporting estate.  It was the whole of the Parish of Kilmorich and covered all of the land around the head of Loch Fyne from Dunderave to St. Catherines, and all of Glen Fyne and Glen Kinglas.

He commissioned the architect Sir Robert Lorimer to build a mansion house, to be called Ardkinglas, for his family and friends, largely as a holiday place.

The old established Scottish families had owned large tracts of land with fine houses for centuries.  But it was Queen Victoria and particularly Prince Albert who in the mid 19th century, with the purchase of Balmoral, began a trend for Victorians and Edwardians.  With many variations and diminutions, it continued well into the 20th Century and even into the 21st.  The well to do owners and family and friends would come only for lengthy holidays for the summer months, into the autumn and perhaps for Christmas.  These estates were universally sustained by the family’s finance from elsewhere –like breweries, banks and manufacturing.

The largest area of the extensive acres would be hillground providing rough grazing for cattle, sheep and or deer – in various proportions according to terrain and owner’s priorities and the prices or subsidies at the time.  Near the Big House there would be – a byre for dairy cattle, stables, cart shed, garage, lofts and sheds, along with dwelling houses for the employees.  Some of the household staff, cooks, kitchenmaids and housemaids, lived in servants quarters in the mansion house, some nearby.  Many of the important household staff travelled with the family from London for the season (often romance flourished with maids and the estate joiners, gardeners or keepers). There were extensive gardens, a kitchen garden, and flower gardens, a park at the front or the back of the mansion house with ornamental trees.  Further afield there were well tended policies extending a mile or two from the Big House.  At the drive gates there was a small lodge, where the gatekeeper lived, often an elderly retired employee.

On the estates the mansion house, or the Big House, as it was usually referred to, was the fulcrum point for the community.  Ardkinglas Estate’s heyday may have been in the 1950s with 30 people employed on each of the farm, forestry and the estate; with employees’ families living in estate ‘tied’ houses.

In 1966 the original ‘Ardkinglas Estate’ was divided between the brothers John and Michael Noble into the Ardkinglas Estate and the Cairndow Estate.  Johnny Noble, founder of Loch Fyne Oysters ltd, inherited from his father John in 1972.  He encouraged local industry and let out locations to a salmon hatchery, a salmon processing station, a gravel quarry, and promoted Loch Fyne Oysters entertaining journalists and restaurateurs at Ardkinglas House.

David Sumsion, Johnny’s nephew and a great, great grandson of Sir Andrew inherited the Ardkinglas section of the estate, now some 12,000 acres. In the changed world of farming and estate life there are only 3 or 4 direct employees.

David and his family live in the house, and host chamber music concerts and weddings. He has encouraged new build of houses, to address the need for affordable housing for local employees, because recent development has meant there are jobs for local young people but a lack of housing.

A comment from a relatively new arrival in Cairndow (ie some 20 years !) said:-

“The Estate is a significant but easily unnoticed part of life in the village. It provides a sort of glue to the experience of living in Cairndow – the source of countless stories, ranging from the eccentricities of the previous laird John Noble, to talks of salmon poaching on the Fyne and Kinglas rivers.” 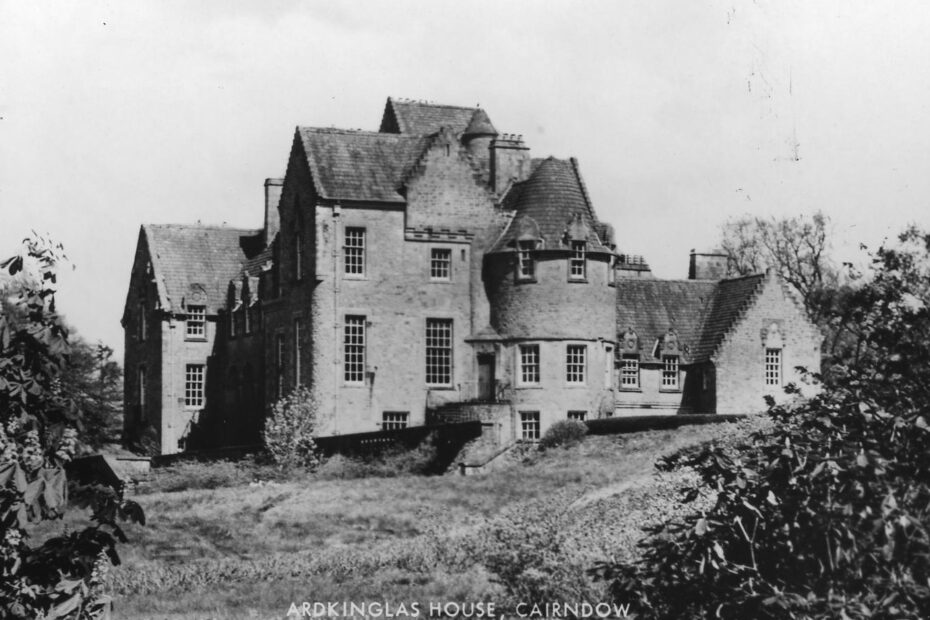 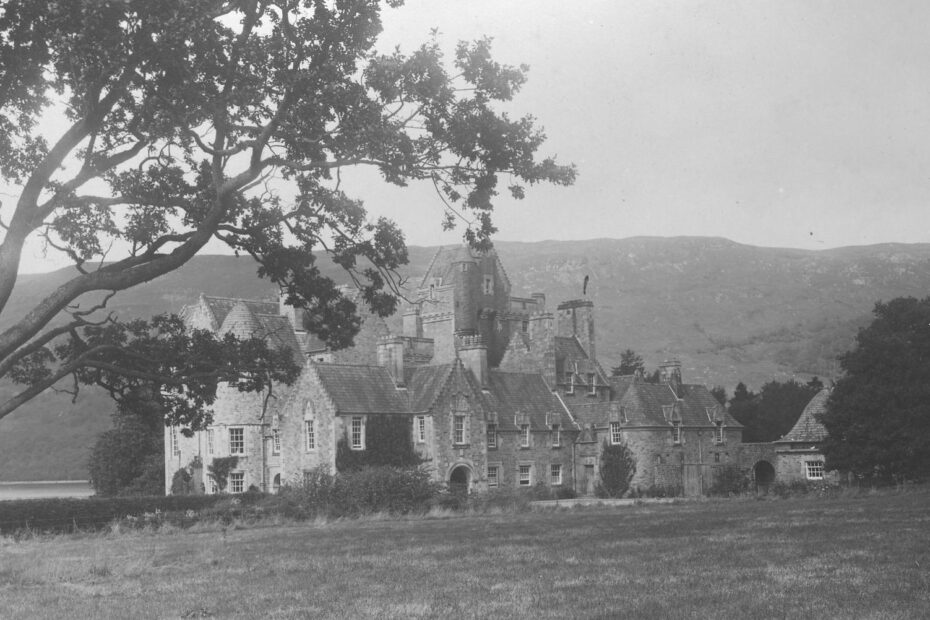 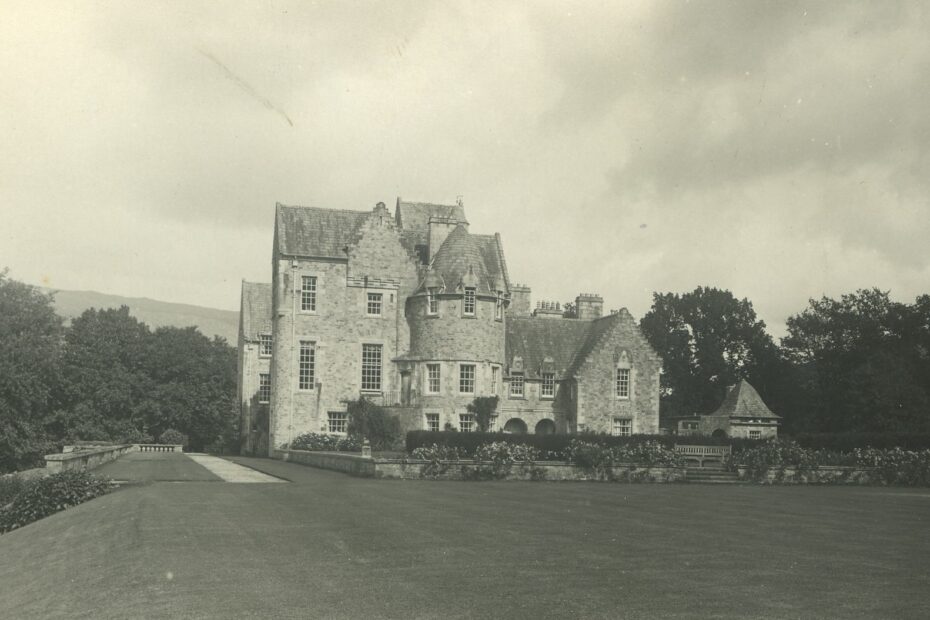 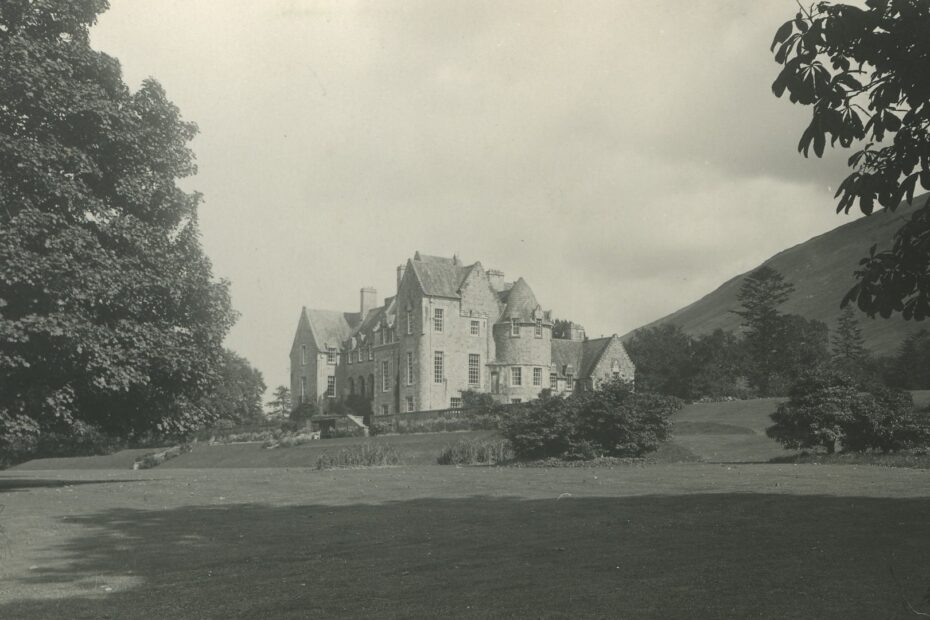 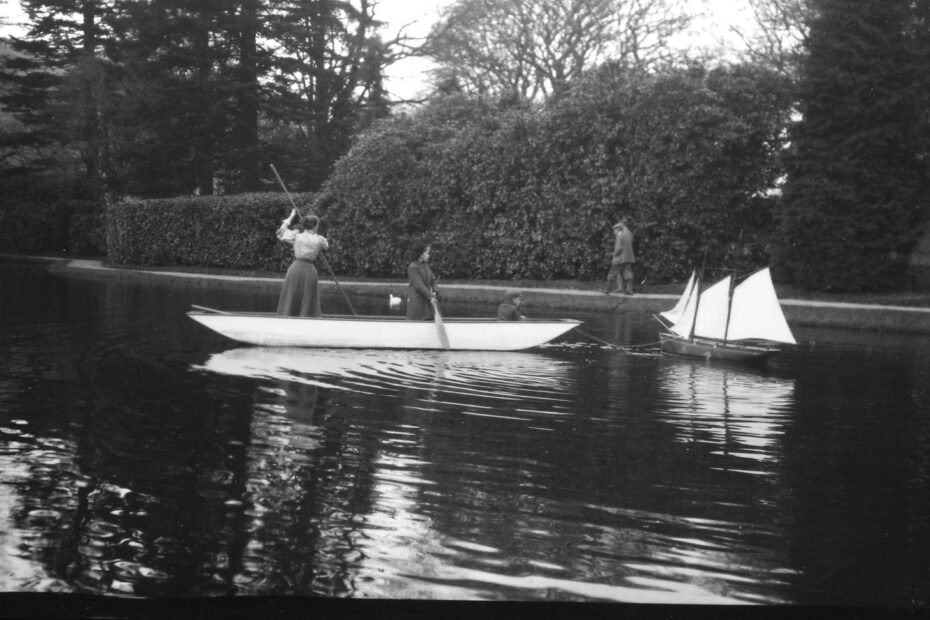 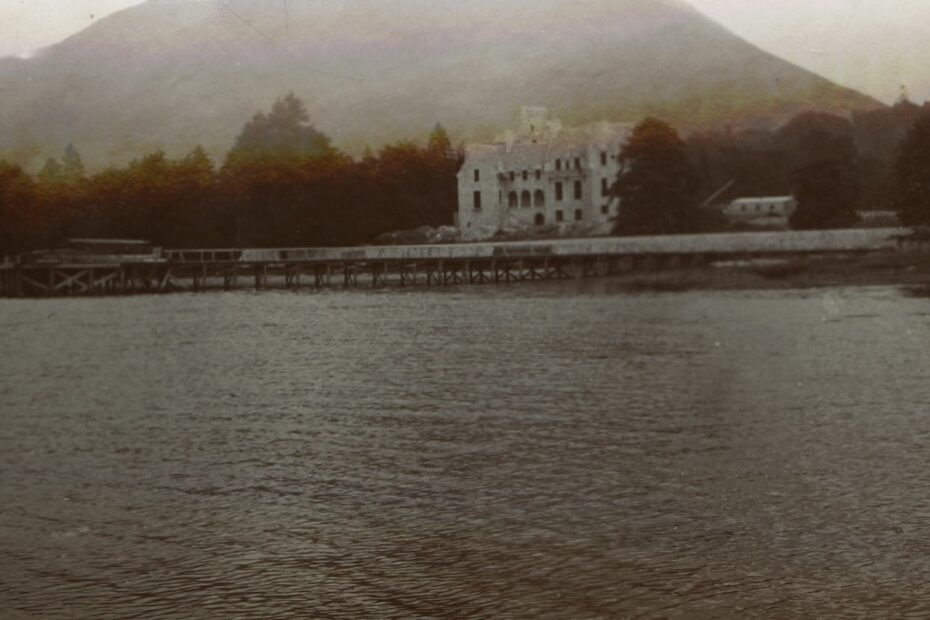 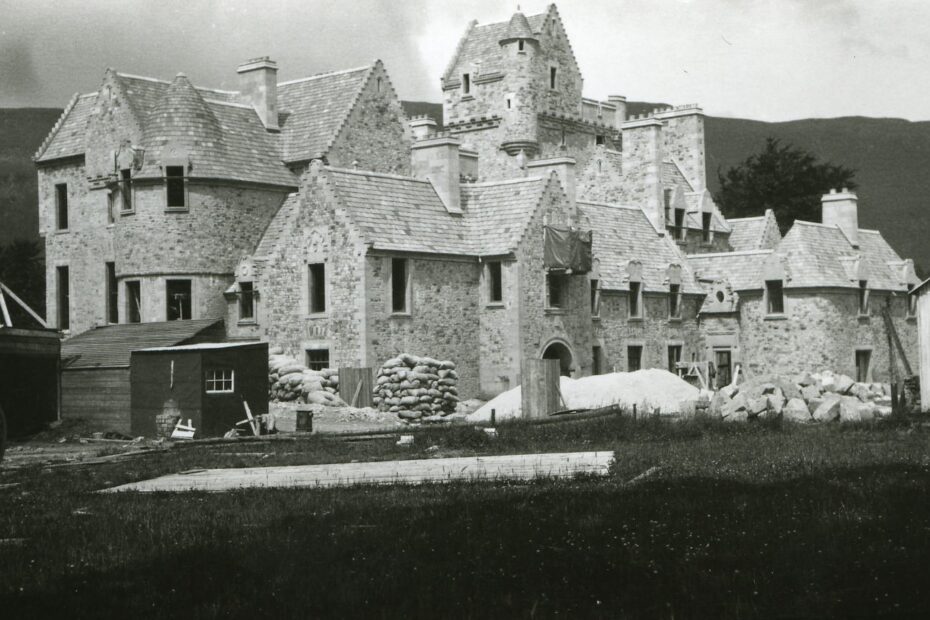 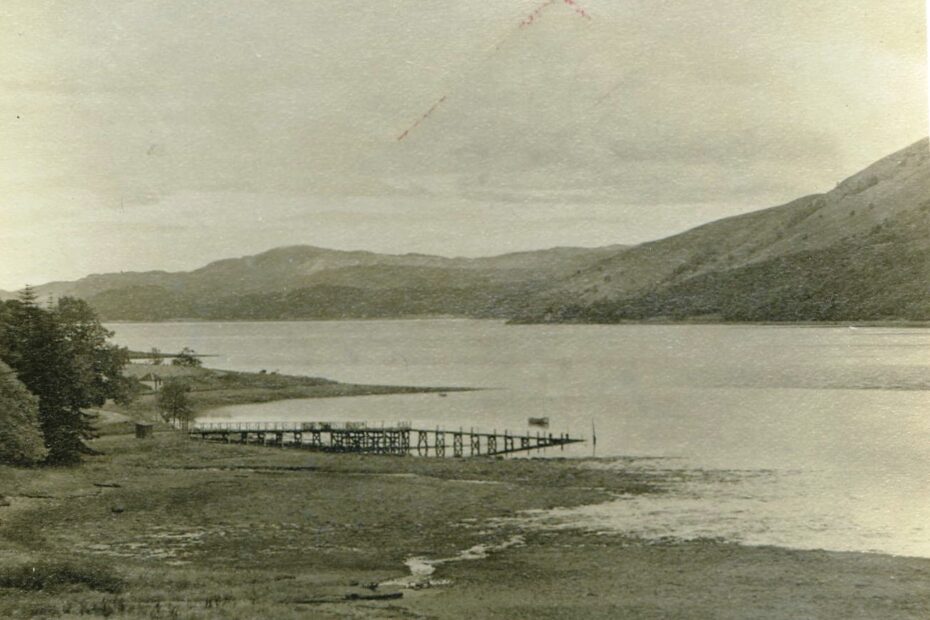 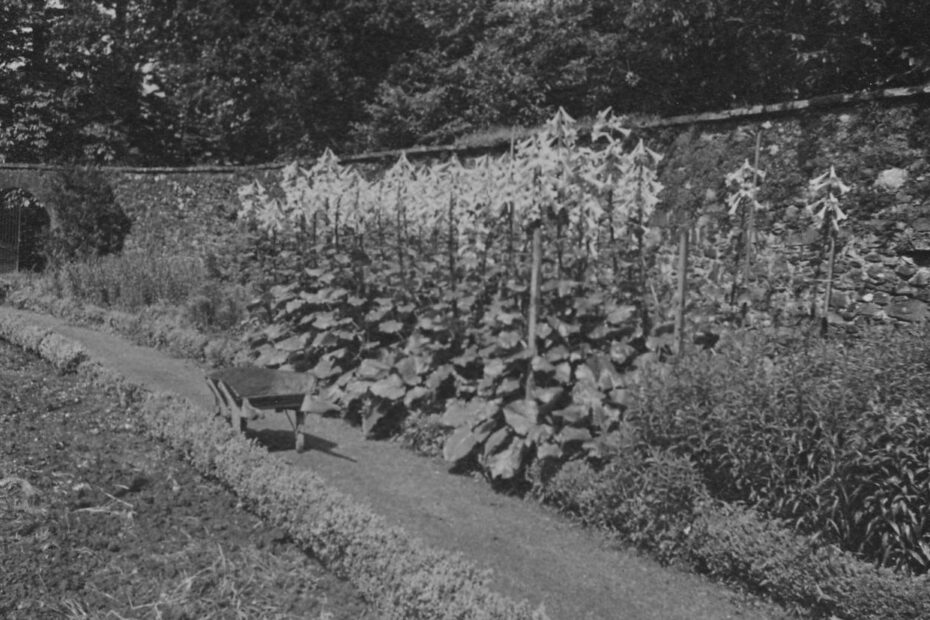 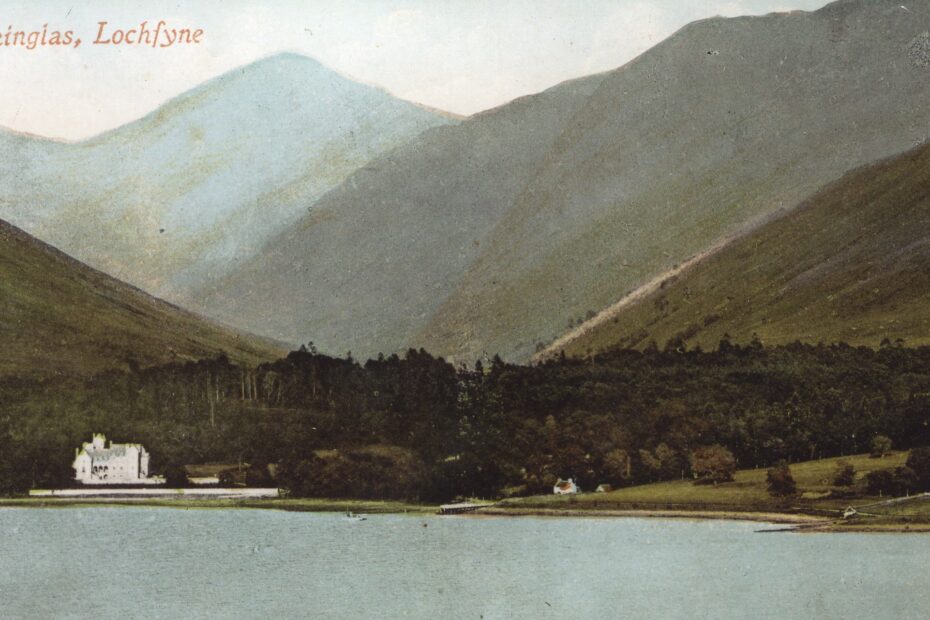